From New Orleans Homeowner to Renter (for Now) 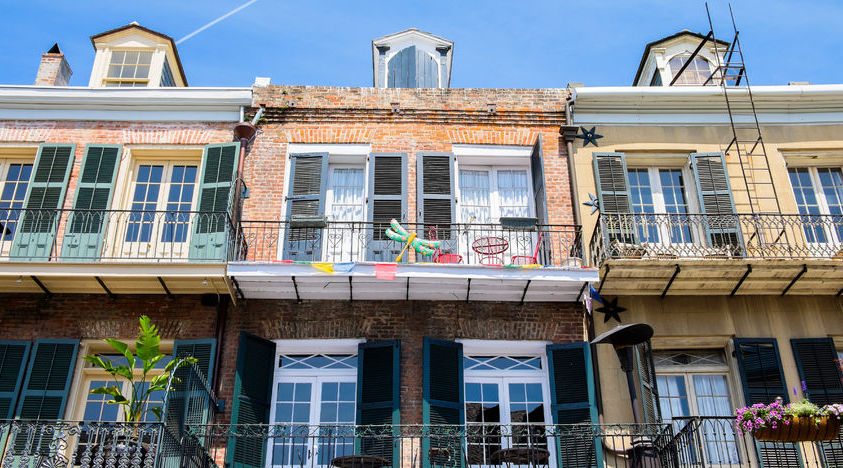 Having trouble keeping up with your mortgage payments? Perhaps you should take a break from owning a home and rent for a while instead. Especially if you plan to buy another home in a few years, it can pay to switch from house to cheaper-to-maintain apartment, then back to owning a house.

You wouldn’t be alone in making a strategic retreat. In New Orleans, 39.83 percent of household units were being rented in 2015. Throughout Louisiana, 35.42 percent of household units were rented. The number was 36.97 percent nationwide. The New Orleans homeownership rate was 59.4 percent in 2016, down from 71.2 percent in 2005.

To downsize, de-clutter — and let people pay you to haul your stuff away

Successfully downsizing to apartment life often means getting rid of a lot of things you don’t really need, at least not right now. Some items you can simply toss. But set aside boxes or shelves in the attic or a closet for items you can do without but that are too good for the trash.

Kimberly Tchang of HGTV recommends starting with the easy stuff — things like accumulated magazines or fabric scraps that you’re not emotionally attached to. If there’s a lot to go through, divide the job into manageable pieces, one drawer or cabinet at a time.

A yard sale can help you pocket some cash as you’re unburdening your closets. Downsizing is the priority, of course; it’s better to sell a lot for a little than a little for a lot. The Movoto Foundation recommends recruiting plenty of helpers to gather, organize, clean, price, and sell your belongings.

Tiffany Engler, owner of Your Life Organized, emphasizes the importance of eye-catching signs, with arrows to direct people to your yard sale. Shoppers should have room to move around the yard sale, but should not be allowed inside the house.

If you plan to buy another home in a few years, consider renting a self-storage unit to keep items that will be valuable to you as a homeowner but not as a renter: the bedroom set from a third bedroom, patio furniture, a lawnmower.

The cost of storage should be balanced against the value of what you’re storing. According to the Self Storage Association, the average monthly cost for a 10×10 unit in the second quarter of 2015 was $160 for a climate-controlled unit (essential in New Orleans heat and humidity) and $125 for one without climate control.

Renting a 10×10 climate-controlled unit at $160 a month for two years would cost $3,840. Maybe that amount would be enough to replace most or all of the items that you would store.

Make the most of the moment

Real estate can be a good investment, but it’s not the only good investment. During your time as a renter, consider making careful investments with the money that you otherwise would have spent on interest payments, taxes, and home improvements.

Paula Pant of Afford Anything says that although home prices in many parts of the country have doubled since the lows of 2008 and 2009, the value of the U.S. stock market has nearly tripled. Economist Robert J. Shiller calculated that home prices in the United States have risen just 0.37 percent overall, after inflation, for the last 126 years. So don’t either stick with or buy a home on the assumption that market values which are currently rising will continue to rise (or even stay the same).

Milo M. Benningfield, a financial planner in San Francisco, told The New York Times that arguing about whether it’s better financially to rent or to buy “is like debating active versus passive investment strategies, hedge funds versus mutual funds, Apple versus Google. Somebody’s going to be right in terms of higher returns in the future, but we can’t know in advance who that will be — and it will be tough to quantify how much risk was taken along the way.”

What you can know today for sure is whether you’re having trouble keeping up with your mortgage payments, in which case it may make sense to rent for a while no matter where housing prices are headed. Big Easy Buyers offers solutions for homeowners who want to sell their houses fast and move on with their lives. Contact Big Easy Buyers at (504) 513-7878 or by filling out our quick contact form to set up an appointment at your property — and get a cash offer on the spot.